Lovedale College is not only an educational institution, but also boasts with an array of interesting, original historic buildings on their property. 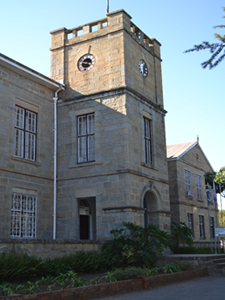 The original Alice Campus building is still standing and is still used for tuition. Similarily, the original school hall is used for assemblies, functions and student administration. 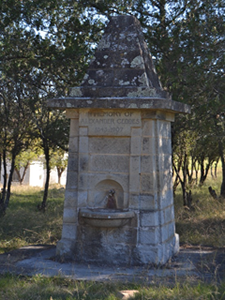 A memorial erected in honour of Alexander Geddes (1843-1907) a Scottish missionary for thirty years is still found on the campus grounds.

The Lovedale King William’s Town Campus also has a rich history. In 2009, weapons such rifles and assegais (spears made of wood with metal or fire-hardened tips) were found on the premises while excavations were being done to build new classrooms. These finds were testimony to the fact that, during the Frontier Wars of the nineteenth century, there was a military fort on the premises. 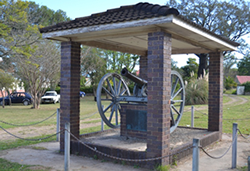 This bronze muzzle-loading gun was cast at the Royal Gun Factory at Woolwich in 1859. F.M. Eardley-Wilmot was the Superintendent of the factory between 1855 and 1859, hence his name appears on the gun. The carriage is not contemporary with the ordnance and dates to post-1870. It was probably used at the battle of Umzintzani by the Graham’s Town (sic) Volunteer Horse Artillery, who probably brought it to King William’s Town when the regiment disbanded in 1895. It was subsequently displayed in front of the Officers’ Mess in the Military Reserve and placed by Excelsior School (now the King Campus of Lovedale TVET College) in its present location.   Source: Buffalo City Tourism website 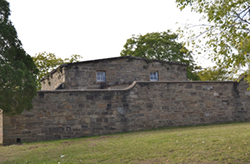 The magazine buildings and surrounding wall represent one of the oldest and best preserved examples of its kind in South Africa. From the stonework it is obvious that the magazine was constructed in two stages, probably between 1852 and 1862 and between 1864 and 1875. Unfortunately the masonry joints have been repointed in an uncharacteristic manner while under renovation. The magazines consists of a square stone building with a brick barrel-vaulted ceiling. The flat roof is of pitch-covered cement. Much of the ammunition used by soldiers of the British Regiment in the Frontier Wars was stored here. It received National Monument status in 1981.   Source: Buffalo City Tourism website 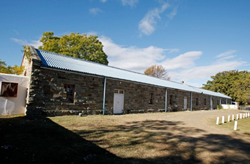 The Officers' Mess, a declared National Monument, dates from the early 1850s. In the heart of the Military Reserve, it served the military until the Reserve was abandoned in the 1920s. In 1925 it became the residence of the principal of Excelsior School. It is now part of the King Campus of Lovedale TVET College. Although it has since undergone extensive reconstruction the historic core of the original building is still extant. Corrugated iron was placed over the original thatched roof and gables were added to the front.   Source: Buffalo City Tourism website

Lovedale is not in physical possession of its own historic information. A large collection of Lovedale documents are however, held in the Cory Library at the Rhodes University. The university is situated in Grahamstown, Eastern Cape. The collection comprehensively covers the history of the Lovedale Missionary Institution and the Lovedale Press